It could not have started worse, technical problems in qualifying; no time.

This meant that Paul Jr, in the races, started from the last position on the grid.

Paul had the guts to get over this during the night from Friday to Saturday and on a wet track he did “the drive of the race” to quote the official press release.

He battled up to 7th place producing the 3rd time, not easy when overtaking 16 cars.

In the second race he started 4th and although he overtook one opponent he thereafter made a mistake on the last lap and Mawson stole his podium finish.

Finally, on Sunday, again on a wet track, Paul managed to repeat his performance from the first race climbing from last to 7th.

In the standings after one of seven race week ends he lies in 4th position in the junior category and in 6th overall.

Not ideal but considering the qualifying problems it could have been a lot worse. 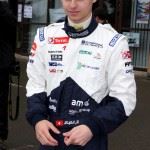 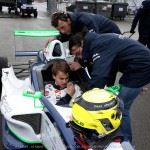 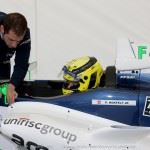 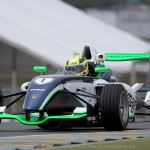 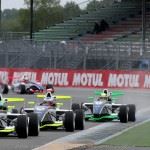 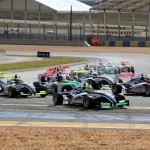 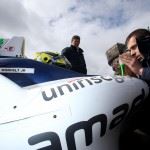